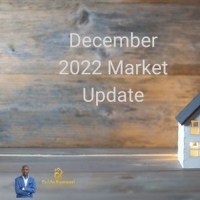 There was an overall decrease of 26.1% in total residential unit sales within the Greater Edmonton Area real estate market from December 2021 to December 2022, and a 22.1% drop when comparing November 2022 with December 2022.

Last December experienced a drastic 12.9% year-over-year decrease in new residential listings, with an even more staggering 38.8% drop from November 2022 alone. Despite this, the inventory of the GEA still rose 6.1% but was down 21.8% compared to last month's figure

During December, single-family home unit sales saw an alarming 31.9% decrease from the previous year and 24.2% compared to November 2022, with only 537 units sold. Additionally, condo unit sales declined 2.8% in comparison to 2021 and dropped 15.5% since last month's statistic numbers were accounted for Lastly, duplex/rowhouse unit sales suffered a drastic 41.9%, while also experiencing a 33.6% dip from November of this same calendar year--depicting grim figures within the housing market across Canada during these unprecedented times!

According to Paul Gravelle, Chair of the REALTORS® Association of Edmonton, "the real estate market in Edmonton cooled off in december due to a decrease in both listings and sales during the holiday season."While we saw substantial changes for residential listings, sales, and inventory last month, average prices for single-family homes, condos, and duplexes remained relatively stable both month-over-month and year-over-year.”

Homeowners selling single-family dwellings had an average of 52 days on the market, which is a six-day rise from December 2020. Condos stayed on the market for 70 days in comparison to last year's 65-day mark, while duplexes held steady at 47 days since December 2021. On a larger scale, all residential listings spent 58 total days on the market compared to November 2022 and an increase of 6 additional days from that same time period in 2020.

The association's report indicated that the average sale price for condos in December was $207,114, marking a decrease of 4.4% from November and 4.6% relative to December 2021. Furthermore, sales reported fell 15.5%, month-over-month and 2.8%, year-over-year respectively - indicating an overall downward trend within these stratified parameters. Since condos often come with monthly fees, Paul Gravelle predicts they may be more difficult to sell. Yet he expects the demand for them will grow in the coming year. “Because of the interest rates, maybe that first-time homebuyer can’t afford to get into a house,” he said. “Now, perhaps, that buyer is going to look more at condos.”

The prices of duplexes experienced a 0.7 percent decrease from November to December, bringing them down to $356,822; likewise, there was an approximate two percent decline year-over-year. The sales of both duplex and row houses dropped by 33.6% month-to-month and 41.9% compared with the previous year's figures as well.

With Edmonton’s market heating up in early 2022, buyers began to frantically compete for potential homes; however, the changing environment is creating an opportunity for more mindful buying decisions. With low borrowing rates being offered, it seems like now could be the perfect time to make calculated investments that have the highest return on investment (ROI).

In the latter half of 2022, real estate sales in Alberta experienced a downward trend according to the Alberta Real Estate Association (AREA), with an overall decrease of two percent. The association is granting valuable information through its monthly Market Trend Summary, where the data reveals that sales increases were most prominent in major cities like Calgary, Red Deer, Grande Prairie, and Edmonton. However, Lethbridge, Medicine Hat and Fort McMurray experienced a slight decrease in sales. In the year's first half, new listings experienced a tremendous upward climb; however, this progression was followed by an abrupt descent in the second half. Thanks to AREA, what could have been a sharp surge in inventories was thwarted, transforming the market from being seller-oriented to being well-balanced. Despite fluctuations, AREA reports that sales throughout the province have remained stable or above previous expectations.

In comparison to the prior year, residential average prices in Alberta surged by more than five percent. Notably, detached and row property sectors experienced particularly outstanding annual gains of close to nine percent each. In 2023, AREA anticipates that the real estate market will fluctuate depending on price range and type of property

We're now the beginning of 2023 and according to AREA, real estate sales have been on a downward trend. However, that doesn't mean there haven't been any bright spots. The data shows that sales increases were most prominent in major cities like Calgary, Red Deer, Grande Prairie, and Edmonton. So if you're thinking about buying a property in one of those areas, 2023 might be the year for you. But what do you think? Will the market rebound or continue to decline? Let me know in the comments below.