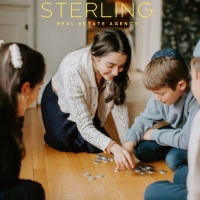 Edmonton offers an incredibly affordable housing market compared to other large Canadian cities. Remarkably, benchmark housing prices in Edmonton have only increased 6% over the past 15 years despite official inflation is around 20%. In November 2022, the average home sold price for Greater Edmonton Area was $368,576; this reflects a 4.1% year-over-year decrease and a 3.4% month-over-month decrease!

Homebuyers in Edmonton are now taking advantage of the lowered benchmark price of $373.4k, 1.5% lower than last month and 0.9% lower than November 2021! Single-family detached homes' costs dropped by 0.2%, securing a highly attractive deal at an unbeatable cost of $423.4K; meanwhile, townhouse prices fell 1.3% to reach the enticing amount of  228.$1K—a yearly decrease that cannot be ignored! On top of this, condos apartments have had their benchmarks drop 4..7 year over year with their pricing settling at 175.,2k after experiencing a 3..2 % dip from October 2022 figures – making them a great bargain worth considering for any family looking to settle into an affordable abode!

Edmonton's benchmark price has decreased by 1.8% in the past month and is now sitting at $364k, while single-family detached homes have seen a 0.8% decrease compared to last year for November 2022 with an average of $427k. Townhouses experienced a significant 2.1% decline from October 2022 and 4.5% annually - its benchmark price standing at $217k this month, whereas condo apartments declined 5.6 % since November 2021 (down 3%, monthly) to hit an all-time low of $170K this November 2022!

The City of Edmonton's average real estate sale price climbed 0.9% to $379,811 in November compared with the October figure of $376,404. Unfortunately, the same can't be said for residential properties which saw a 2.5% monthly decline and a 4.8% yearly decrease to an average sale price of $366k.

In the City of Edmonton, single-family detached homes experienced an average sale price for November 2022 of $460k - a 1.8% annual decrease and a 2% monthly drop. Townhouses were sold with an average cost of $370k; this value decreased by 2.8% from October to November while still having risen 3.9% since last year's figures respectively

As compared to other principal cities in Canada, Edmonton's two-year benchmark price growth of 6.1% has been relatively modest - Toronto experienced 24%, Vancouver 17%, Hamilton-Burlington 20%, and London 23%.  This indicates the lack of speculation in Edmonton's real estate market which may be due to adequate availability of housing supply.

The City of Edmonton experienced an alarming 14% drop in home sales for November 2022 compared to the previous month, with a total of 908 transactions. Conversely, this marks a 31% decrease year-over-year from November 2021. Additionally, there were 1,531 new listings recorded in the city during that same period; however, these numbers reflect a 21% decline from October and a 5.9% dip when comparing it to last year's figures.

Compared to the 76% SNLR that was reported in March 2022, Edmonton's current ratio of 59% indicates a decrease following previous rapid increases in Canada’s mortgage rates. Furthermore, there is an abundance of inventory - with 5,012 units available for residential purchase - which has dropped by 11% since October 2022 and now makes up 5.8 months' worth of supply; revealing greater availability than this springtime and other Canadian housing markets.

Last November in the Greater Edmonton area, a total of 1,252 residential dwellings were sold - 708 single-family homes, 373 condos, and 146-row houses.

Such moves could potentially push mortgage rates higher and further obstruct Canadian housing markets. As of late, the blend of these elements has seen Alberta mortgage rates and Edmonton mortgage rates rise drastically, resulting in a decrease in sales and lower home prices for Edmonton residents.

Edmonton's housing market is faced with a unique challenge, yet bolstered by two advantages. Alberta stands tall in the world rankings as it has the fourth-largest oil reserves after Venezuela, Saudi Arabia, and Iran; most of those resources are located in Edmonton’s northern region. This ensures plentiful job opportunities for those involved in extraction and transportation industries related to natural gas and oil production that feed the local economy.

Now, in 2022 when energy prices are high, a higher portion of income is dispersed to the people living in Edmonton. High oil prices act as an impetus for both the Alberta real estate market and the Greater Edmonton Area housing industry

An additional positive force for the GEA real estate market has emerged from supply chain disruptions in home-building. Complications such as this, combined with a labor deficit in construction sectors, have postponed the completion of building projects. This decline in housing availability is temporarily acting as an impetus to the real estate sector.